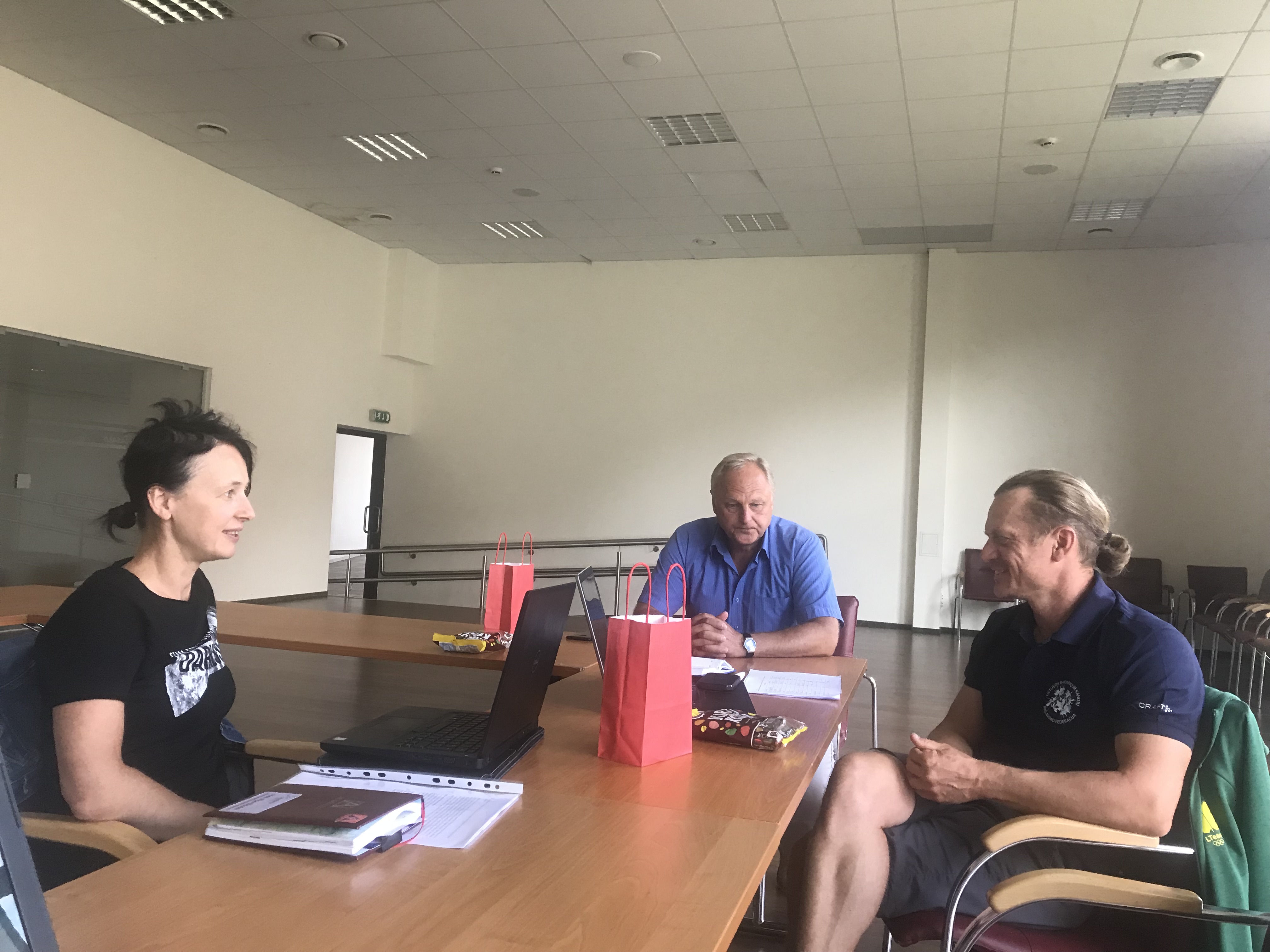 During 31st July - 1st August, 2019 the project team of ICY held the 4th transnational meeting in Trakai (Lithuania). The main issues of the meeting were reports on activities carried out, documentation, finances of all participants, as well as finalization of the Dissemination programme of the Lithuanian Canoe Federation and the Dissemination programme of the Audentes Sports Centre. Another important issue was preparing for the final international conference with a panel discussion of the project on: "Health of Children and Youth. Sports Development and Problems in the Baltic Countries" that is planned to be held on the 8th - 9th October, 2019. List of speakers in the conference was updated and finalized. The team also prepared invitations for each speaker on the conference pointing responsible persons of each participating countries to organize the spreading of the invitations.
The team also visited the Rowing Base of the Lithuanian Olympic Sport Centre in Trakai. As Limbazi canoe sports base is considered the best in Latvia, the Trakai Rowing base is considered the best in Lithuania. The Latvian team was able to see the base, find the similarities and differences between the both and take over the best pract6icies of the neighbours.
The transnational meeting was fruitful and valuable not only for the future work, but also for the final activities to be carried out by the project.